The Story behind Sparks International 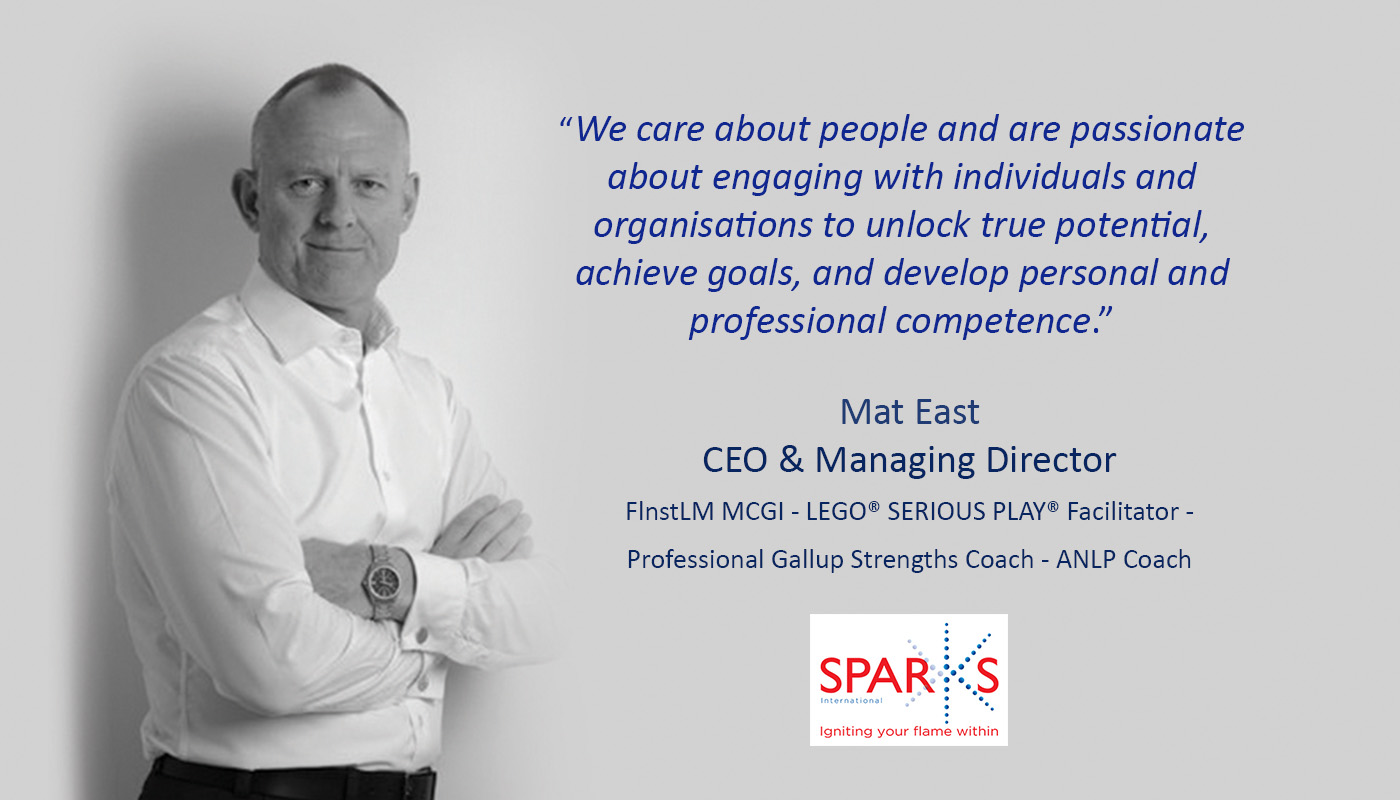 Sparks International is the brainchild of Mat East, originally from Preston, United Kingdom.

Mat developed a life-long passion for bringing out the best in people in his early career in Her Majesty’s British Armed Forces. Over the years he worked his way up through the ranks before receiving the Queen’s Commission to become a British Army Officer: a position that embodies leadership, character, courage, and selfless commitment.

After leaving the army, Mat moved to Dubai where, as a highly sought after specialist in his field, he was directly involved in many projects including Director of the Youth Development Program for His Highness, the Crown Prince of Abu Dhabi; and conducting a Leadership Assessment Camp for 1,000 senior police officers in Al Ain for the UAE Government.

His desire to design and deliver coaching and training programmes for all walks of life led him to branch out on his own and, in 2015, Sparks International Training was born!

Sparks quickly grew into a well-established executive training and coaching organisation that now operates throughout the Middle East, Asia and beyond.

Through innovative experiential techniques Mat and his team of highly qualified facilitators and coaches help individuals, teams and organisations unlock and maximise their potential through focusing on their natural strengths.

Their workshops and courses can be tailor-made to provide the highest quality bespoke solutions that will suit the needs of you or your company.

Take a look through our website and read more about Mat, Sparks International, and how his team can help you and your organisation.